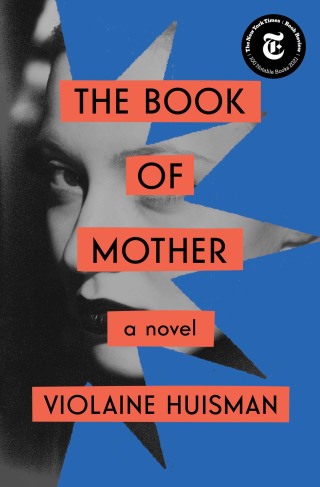 The Book of Mother

A gorgeous, critically acclaimed debut novel about a young woman coming of age with a dazzling yet damaged mother who lived and loved in extremes.

A prizewinning tour de force when it was published in France, Violaine Huisman’s remarkable debut novel is about a daughter’s inextinguishable love for her magnetic, mercurial mother. Beautiful and charismatic, Catherine, a.k.a. “Maman,” smokes too much, drives too fast, laughs too hard, and loves too extravagantly. During a joyful and chaotic childhood in Paris, her daughter Violaine wouldn’t have it any other way.

But when Maman is hospitalized after a third divorce and a breakdown, everything changes. Even as Violaine and her sister long for their mother’s return, once she’s back Maman’s violent mood swings and flagrant disregard for personal boundaries soon turn their home into an emotional landmine. As the story of Catherine’s own traumatic childhood and adolescence unfolds, the pieces come together to form an indelible portrait of a mother as irresistible as she is impossible, as triumphant as she is transgressive.

With spectacular ferocity of language, a streak of dark humor, and stunning emotional bravery, The Book of Mother is an exquisitely wrought story of a mother’s dizzying heights and devastating lows, and a daughter who must hold her memory close in order to let go.

Violaine Huisman: Violaine Huisman was born in Paris in 1979 and has lived and worked in New York for twenty years, where she ran the Brooklyn Academy of Music’s literary series and also organized multidisciplinary arts festivals across the city. Originally published by Gallimard under the title Fugitive parce que reine, her debut novel The Book of Mother was awarded multiple literary prizes including the Prix Françoise Saga and the Prix Marie Claire.