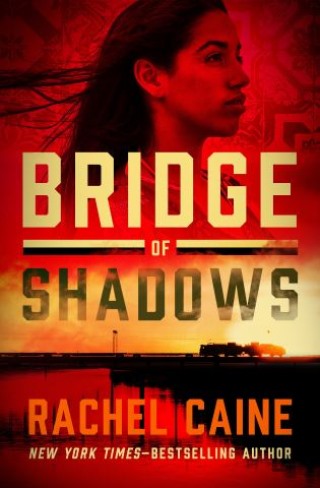 New York Times–Bestselling Author: In El Paso, Texas, tension grows between a doctor serving the undocumented and her ex-husband, a border patrol agent . . .

Dr. Ana Maria Ross Gutierrez runs a clinic near the Texas-Mexico border, taking care of those who’ve crossed into the United States illegally. Ana was once married to Peter Ross, but his decision to join the border patrol drove her to divorce him—despite Peter’s continuing feelings for her and his conviction that he’s protecting the desperate immigrants in his own way.

Now, as hostility and hatred heat up in El Paso, Ana, Peter, and a young mother are entangled in danger and violence that threaten them all, in this emotional, suspenseful tale by the New York Times–bestselling author of ITW Thriller Award finalist Stillhouse Lake and the Revivalist and Morganville Vampires series.

“Immediately draws the reader into the desperation and the fear of these people who go to such lengths to become part of the American society . . . extremely well-written . . . The characters are interesting and multi-dimensional.” —Literary Times

Rachel Caine:
Rachel Caine (1962–2020) was the New York Times–, USA Today–, and #1 Wall Street Journal–bestselling author of more than fifty books across multiple genres, from adult thriller to urban fantasy/science fiction, as well as works for young adults. With millions of copies sold, she was a frequent guest at conventions in the United States and around the world. Her popular book series include the Morganville Vampires novels, the Great Library series, and the #1-bestselling Stillhouse Lake books. Caine lost her fight with a rare and aggressive cancer, soft tissue sarcoma, in November of 2020.