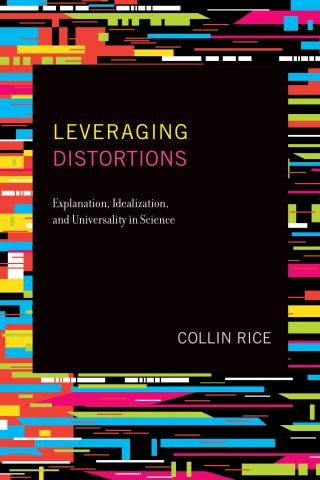 Explanation, Idealization, and Universality in Science

An examination of how scientists deliberately and justifiably use pervasive distortions of relevant features to explain and understand natural phenomena.

A fundamental rule of logic is that in order for an argument to provide good reasons for its conclusion, the premises of the argument must be true. In this book, Collin Rice shows how the practice of science repeatedly, pervasively, and deliberately violates this principle. Rice argues that scientists strategically use distortions that misrepresent relevant features of natural phenomena in order to explain and understand--and that they use these distortions deliberately and justifiably in order to discover truths that would be otherwise inaccessible.

Countering the standard emphasis on causation, accurate representation, and decomposition of science into its accurate and inaccurate parts, Rice shows that science's epistemic achievements can still be factive despite their being produced through the use of holistically distorted scientific representations. Indeed, he argues, this distortion is one of the most widely employed and fruitful tools used in scientific theorizing. Marshalling a range of case studies, Rice contends that many explanations in science are noncausal, and he presents an alternate view of explanation that captures the variety of noncausal explanations found across the sciences. He proposes an alternative holistic distortion view of idealized models, connecting it to physicists' concept of a universality class; shows how universality classes can overcome some of the challenges of multiscale modeling; and offers accounts of explanation, idealization, modeling, and understanding.