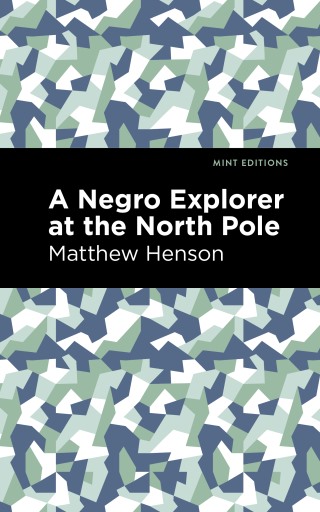 A Negro Explorer at the North Pole

A Negro Explorer at the North Pole (1912) is a memoir by Matthew Henson. Published a few years following an expedition to the planet’s northernmost point—which he claims to have reached first—A Negro Explorer at the North Pole reflects on Henson’s outsized role in ensuring the success of their mission. Although he was frequently overshadowed by Commander Robert Peary, Henson continues to be recognized as a pioneering African American who rose from poverty to become a true national hero. Seven times had Robert Peary and Matthew Henson attempted to reach the fabled North Pole. Seven times they failed. In 1908, following years of frustration, they gather a crew of Inuit guides and set sail from Greenland, hopeful that the eighth voyage will end in discovery. Throughout his life, Matthew Henson has grown accustomed to proving himself. Born the son of sharecroppers in the immediate aftermath of the Civil War, he has endured racism and economic disparity his entire life. Since 1891, Henson and Peary—who he met while working at a Washington D.C. department store—have been attempting to reach the most remote location on planet earth, an icebound region devoid of sustenance and shelter, accessible only by boat, sled, and foot. As they near the North Pole, Henson prepares to make history. With a beautifully designed cover and professionally typeset manuscript, this edition of Matthew Henson’s A Negro Explorer at the North Pole is a classic of African American literature reimagined for modern readers.

Matthew Henson (1866-1955) was an African American explorer. Born in Maryland to sharecropper parents, Henson was raised in a family of free Black Americans and spent the majority of his youth in Washington, D.C. At twelve, he left school to work as a cabin boy but soon returned home to a job as a salesclerk at a local department store. There, he met Robert Peary, an explorer who soon hired the ambitious young man as his valet. In 1891, they embarked on their first Arctic expedition, with Henson serving as a navigator and craftsman. He became an expert in Inuit survival techniques, which served their crew well on a 1908 expedition to Greenland. Together with four Inuit assistants, Peary and Henson became the first men to reach the geographic North Pole. In 1912, Henson published A Negro Explorer at the North Pole, a memoir of his life as a pioneering African American. In 1937, he became the first Black man to be made a life member of the prestigious Explorers Club. He was honored by Presidents Truman and Eisenhower and was reinterred alongside his wife at Arlington National Cemetery in 1988.