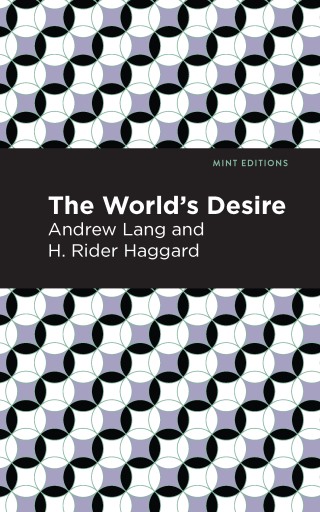 Originally published in 1890, The World’s Desire follows a wandering man’s odyssey as he discovers the traumatic fate of his loved ones and native land. He is forced to embark on a new adventure led by the old gods. The story centers the fabled hero of Ithaca, Odysseus, as he returns from his latest trek. Instead of finding his wife and son, he’s blindsided by a natural disaster including a deadly plague. His former home is in shambles and his wife Penelope is a casualty. Odysseus is overcome by grief and inspired to reconnect with his old love, Helen of Troy. Set in Ancient Egypt, Odysseus becomes embroiled in the local politics and personal relationships of its most powerful people. The World’s Desire is a vibrant adventure fantasy inspired by classic Greek mythology. Co-written by H. Rider Haggard and Andrew Lang, it delivers a high-stakes tale of tragedy and triumph. With an eye-catching new cover, and professionally typeset manuscript, this edition of The World’s Desire is both modern and readable.

Andrew Lang (1844–1912) and H. Rider Haggard (1856–1925) were British novelists, poets and anthropologists. Lang was formally educated at the University of St. Andrews and Balliol College, Oxford, while Haggard studied with a private tutor in London. Lang is best known for his poetry and a vast collection of popular fairy tales including The Gold of Fairnilee (1888), Prince Prigio (1889) and The Blue Fairy Book (1889). Haggard is celebrated for works heavily inspired by his travels in Africa such as King Solomon’s Mines (1885) and Allan Quatermain (1887).