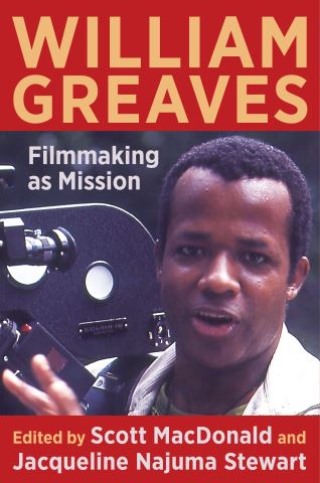 William Greaves is one of the most significant and compelling American filmmakers of the past century. Best known for his experimental film about its own making, Symbiopsychotaxiplasm: Take One, Greaves was an influential independent documentary filmmaker who produced, directed, shot, and edited more than a hundred films on a variety of social issues and on key African American figures ranging from Muhammad Ali to Ralph Bunche to Ida B. Wells. A multitalented artist, his career also included stints as a songwriter, a member of the Actors Studio, and, during the late 1960s, a producer and cohost of Black Journal, the first national television show focused on African American culture and politics.

This volume provides the first comprehensive overview of Greaves’s remarkable career. It brings together a wide range of material, including a mix of incisive essays from critics and scholars, Greaves’s own writings, an extensive meta-interview with Greaves, conversations with his wife and collaborator Louise Archambault Greaves and his son David, and a critical dossier on Symbiopsychotaxiplasm. Together, they illuminate Greaves’s mission to use filmmaking as a tool for transforming the ways African Americans were perceived by others and the ways they saw themselves. This landmark book is an essential resource on Greaves’s work and his influence on independent cinema and African-American culture.