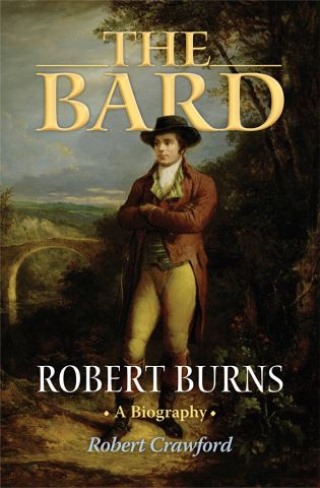 No writer is more charismatic than Robert Burns. Wonderfully readable, The Bard catches Burns's energy, brilliance, and radicalism as never before. To his international admirers he was a genius, a hero, a warm-hearted friend; yet to the mother of one of his lovers he was a wastrel, to a fellow poet he was "sprung . . . from raking of dung," and to his political enemies a "traitor." Drawing on a surprising number of untapped sources--from rediscovered poetry by Burns to manuscript journals, correspondence, and oratory by his contemporaries--this new biography presents the remarkable life, loves, and struggles of the great poet.

Inspired by the American and French Revolutions and molded by the Scottish Enlightenment, Burns was in several senses the first of the major Romantics. With a poet's insight and a shrewd sense of human drama, Robert Crawford outlines how Burns combined a childhood steeped in the peasant song-culture of rural Scotland with a consummate linguistic artistry to become not only the world's most popular love poet but also the controversial master poet of modern democracy.

Written with accessible elan and nuanced attention to Burns's poems and letters, The Bard is the story of an extraordinary man fighting to maintain a sly sense of integrity in the face of overwhelming pressures. This incisive biography startlingly demonstrates why the life and work of Scotland's greatest poet still compel the attention of the world a quarter of a millennium after his birth.

Robert Crawford: Robert Crawford is professor of modern Scottish literature at the University of St. Andrews. His many books include Scotland's Books: The Penguin History of Scottish Literature, as well as the poetry collections The Tip of My Tongue and Full Volume (both Cape).