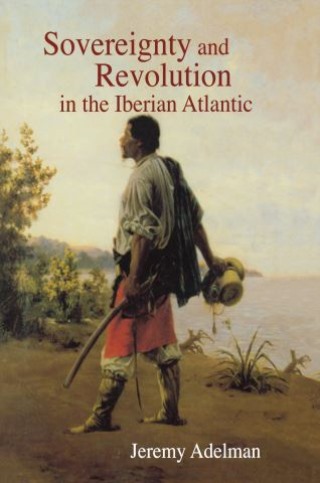 Sovereignty and Revolution in the Iberian Atlantic

This book takes a bold new look at both Spain's and Portugal's New World empires in a trans-Atlantic context. It argues that modern notions of sovereignty in the Atlantic world have been unstable, contested, and equivocal from the start. It shows how much contemporary notions of sovereignty emerged in the Americas as a response to European imperial crises in the age of revolutions. Jeremy Adelman reveals how many modern-day uncertainties about property, citizenship, and human rights were forged in an epic contest over the very nature of state power in the eighteenth and early nineteenth centuries.

Sovereignty and Revolution in the Iberian Atlantic offers a new understanding of Latin American and Atlantic history, one that blurs traditional distinctions between the "imperial" and the "colonial." It shows how the Spanish and Portuguese empires responded to the pressures of rival states and merchant capitalism in the eighteenth century. As empires adapted, the ties between colonies and mother countries transformed, recreating trans-Atlantic bonds of loyalty and interests. In the end, colonies repudiated their Iberian loyalties not so much because they sought independent nationhood. Rather, as European conflicts and revolutions swept across the Atlantic, empires were no longer viable models of sovereignty--and there was less to be loyal to. The Old Regimes collapsed before subjects began to imagine new ones in their place. The emergence of Latin American nations--indeed many of our contemporary notions of sovereignty--was the effect, and not the cause, of the breakdown of European empires.

Jeremy Adelman: Jeremy Adelman is Walter Samuel Carpenter III Professor of Spanish Civilization and Culture, and Chair of the History Department, at Princeton University. His most recent book, Republic of Capital: Buenos Aires and the Legal Transformation of the New World, won the American Historical Association's Atlantic History Prize.