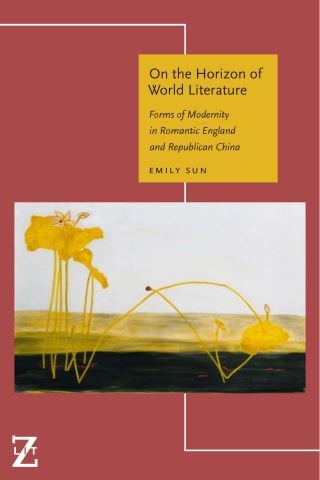 On the Horizon of World Literature

Forms of Modernity in Romantic England and Republican China

On the Horizon of World Literature compares literary texts from asynchronous periods of incipient literary modernity in different parts of the world: Romantic England and Republican China. These moments were oriented alike by “world literature” as a discursive framework of classifications that connected and re-organized local articulations of literary histories and literary modernities. World literature thus provided—and continues to provide—a condition of possibility for conversation between cultures as well as for their mutual provincialization.

The book offers readings of a selection of literary forms that serve also as textual sites for the enactment of new socio-political forms of life. The literary manifesto, the tale collection, the familiar essay, and the domestic novel function as testing grounds for questions of both literary-aesthetic and socio-political importance: What does it mean to attain a voice? What is a common reader? How does one dwell in the ordinary? What is a woman? In different languages and activating heterogeneous literary and philosophical traditions, works by Percy Bysshe Shelley, Lu Xun, Charles and Mary Lamb, Lin Shu, Zhou Zuoren, Jane Austen, and Eileen Chang explore the far-from-settled problem of what it means to be modern in different lifeworlds.

Sun’s book brings to light the disciplinary-historical impact world literature has had in shaping literary traditions and practices around the world. The book renews the practice of close reading by offering the model of a deprovincialized close reading loosened from confinement within monocultural hermeneutic circles. By means of its own focus on England and China, the book provides methods useful for comparatists working between other Western and non-Western languages. It establishes the critical significance of Romanticism for the discipline of literary studies and opens up new paths of research in global Romanticism and global nineteenth-century studies. And it offers a new approach to analyzing the cosmopolitan character of the literary and cultural transformations of early twentieth-century China.

Emily Sun: Emily Sun is Visiting Associate Professor in Comparative Literature and Translation Studies at Barnard College. She is author of Succeeding King Lear: Literature, Exposure, and the Possibility of Politics (Fordham, 2010) and co-editor of The Claims of Literature: A Shoshana Felman Reader (Fordham, 2007).