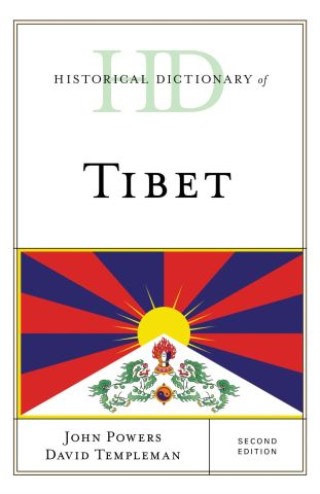 Historical Dictionary of Tibet, Second Edition is a comprehensive resource for Tibetan history, politics, religion, major figures, prehistory and paleontology, with a primary emphasis on the modern period. It also covers the surrounding areas influenced by Tibetan religion and culture, including India, China, Nepal, Bhutan, Central Asia, and Russia.

It contains a chronology, a glossary, an introduction, and an extensive bibliography. The dictionary section has over 500 cross-referenced entries on important personalities as well as aspects of the country’s politics, economy, foreign relations, religion, and culture. This book is an excellent resource for students, researchers, and anyone wanting to know more about Tibet.

John Powers: John Powers is professor of Asian Studies at Australian National University. He is the author of 16 books and more than 50 academic articles.|||David Templeman is an adjunct scholar at the Monash Asia Institute at Monash University. He has more than 40 years of experience of academic study of Tibetan history, culture, and religion.