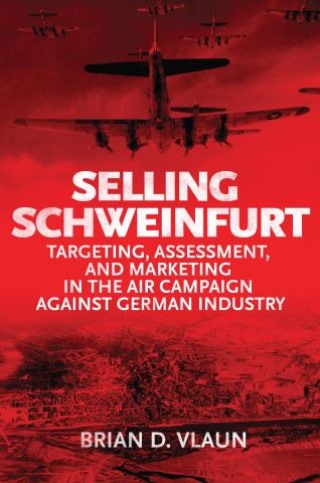 Targeting, Assessment, and Marketing in the Air Campaign Against German Industry

A common theme of airpower histories is that the Combined Bomber Offensive was the proving ground for a post-war independent air force. Whether or not the United States Army Air Forces (USAAF) could perform to the hype of its interwar doctrine, Allied commanders based their rival approaches to victory in Europe on their differing views of independent airpower. However, there is an essential, yet overlooked facet to this story: commanders’ convictions alone could not hold sway within the War Department, much less at the politically and bureaucratically charged meetings of the Combined Chiefs of Staff. The air commanders pressed their staffs for decision-quality assessments and photographic evidence to sell their arguments and project their progress. They needed informed targeting plans and objective post-raid reports as well as an air-intelligence enterprise to mature all-too-quickly out of interwar neglect. What they received—and Brian Vlaun explains—was a collision of organizational interests and leadership personalities that shaped Ira Eaker’s command of the Eighth Air Force in 1943, the tumultuous air campaign over Germany, and the path of the post-war U.S. Air Force. As a result of the author’s research through thousands of declassified files, Selling Schweinfurt examines the relationships between air-intelligence organizations and key decision-makers. His analysis spans from pre-war planning and doctrine development, through the Eighth Air Force’s independent air campaign, and culminates with the formation of the United States Strategic Air Forces and its 1944 pre-invasion preparations. This book concludes that military organizations, if left unchecked, may adopt symbols and exaggerate claims to justify their own preferences and market their ideas in ways that mask their optimistic assumptions. In the case of the air campaign against Germany, both the four-engine bomber and specialized targets—like Schweinfurt’s ball bearings—served as symbols and powerful marketing tools for the AAF and air intelligence, respectively. ​