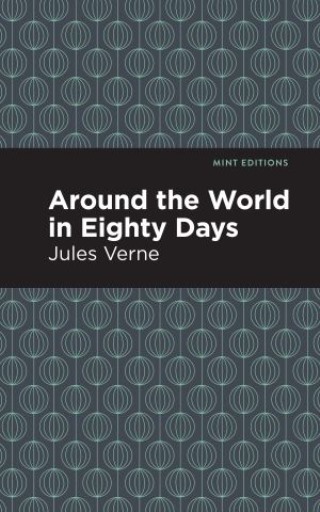 Around the World in 80 Days

Phileas Fogg puts up half his fortune wagering that he can circumnavigate the earth in 80 days. Encountering one adventure after another and pursued by a determined policeman, Fogg’s inventiveness will be challenged to its limit.

When Phileas Fogg brashly accepts a bet that he can travel around the world in a mere 80 days he not only risks his fortune but his life. Complications in his travel occur early and often, with Fogg and his loyal valet Passepartout falling behind schedule and struggling to catch up as the author brilliantly blocks their path with everything from a relentlessly pursuing policeman, who mistakenly believes Fogg to be a bank robber, to attacks by Sioux braves and a mutiny at sea. Interspersed with all the driving action are colorful glimpses of distant lands and descriptions of Fogg’s various forms of travel, which range from train and steamer to elephant and wind-powered sleigh. A bestseller in its day Around the World in Eighty Days was first published in 1873 and conveys the excitement and fascination felt by both the author and his readers for the Victorian era’s fresh new possibilities in travel. The sweep and charm of this adventure classic are undimmed today.”

With an eye-catching new cover, and professionally typeset manuscript, this edition of Around the World in Eighty Days is both modern and readable.

Jules Verne (1823-1905) was a French author celebrated for his groundbreaking novels of adventure and exploration. Often referred to as the Father of Science Fiction, Verne began to write as a teen, although this caused friction with his father, who wanted him to inherit his law practice. The author thought to create a new kind of fiction, a ‘novel of science’ in which he might describe and celebrate wonders of the earth and sky. His success in this aim is attested to by his novels, including such works as Journey to the Center of the Earth, From the Earth to the Moon and Twenty Thousand Leagues Under the Sea.