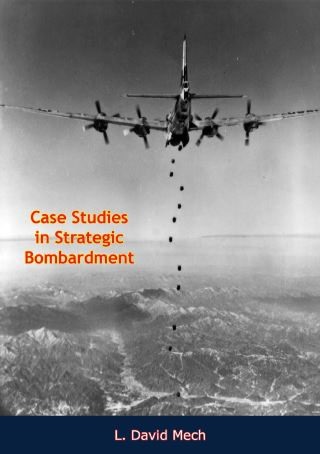 This volume, the third in a series of historical case studies of important air power missions, addresses the most controversial (and arguably most significant) air power mission of all—strategic bombardment. The ability of aircraft and missiles to destroy or disrupt an enemy’s war-making potential and to break or weaken his will to resist, independent of the actions of ground and naval forces, has served as the central theme of air power theory and as the rallying point of air advocates, who made it the raison d’être for independent air forces. Written by well-known military historians, each chapter stands alone as a case study of an important stage in strategic air operations; combined, the chapters provide a comprehensive and insightful analysis of the theory and practice of strategic bombardment from its inception in World War I through the Gulf War of 1991.

From “Boom” Trenchard and “Billy” Mitchell to John Warden and Charles Horner, the vision of air power prophets and airmen is tested against the reality of bureaucratic inertia, aircraft capability, technological advances, and bombing accuracy. Seldom in the twentieth century has technology fully met the demands of air power theory. Technology, of course, is the prime determinant of doctrine and operations. This exceptional volume surveys the entire history of strategic bombardment and its technology, from the Zeppelin and Gotha of the Great War to the F-117 and the penetrating precision guided bomb of the Gulf War. The reader will find technological advances—such as radar bombing and range-extending air-to-air refueling—that answer one problem only to produce new requirements and expectations that demand more advanced technology. Guided munitions, while offering remarkable precision, have underscored the problems of strategic intelligence collection and dissemination, and of locating and attacking both fixed and mobile targets.