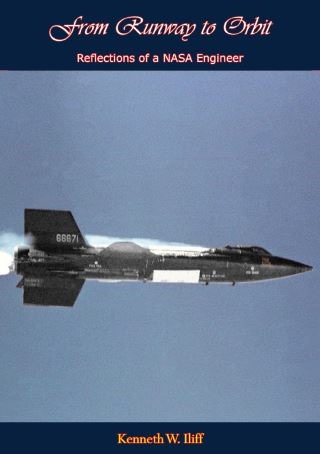 From Runway to Orbit

Reflections of a NASA Engineer

In this remarkable memoir, Dr. Kenneth W. Iliff—the recently retired Chief Scientist of the NASA Dryden Flight Research Center—tells a highly personal, yet a highly persuasive account of the last forty years of American aeronautical research. His interpretation of events commands respect, because over these years he has played pivotal roles in many of the most important American aeronautics and spaceflight endeavors. Moreover, his narrative covers much of the second half of the first 100 years of flight, a centennial anniversary being celebrated this year.

Dr. Iliff’s story is one of immense contributions to the nation’s repository of aerospace knowledge. He arrived at the then NASA Flight Research Center in 1962 as a young aeronautical engineer and quickly became involved in two of the seminal projects of modern flight, the X-15 and the lifting bodies. In the process, he pioneered (with Lawrence Taylor) the application of digital computing to the reduction of flight data, arriving at a method known as parameter estimation, now applied the world over. Parameter estimation not only enabled researchers to acquire stability and control derivatives from limited flight data, but in time allowed them to obtain a wide range of aerodynamic effects. Although subsequently involved in dozens of important projects, Dr. Iliff devoted much of his time and energy to hypersonic flight, embodied in the Shuttle orbiter (or as he refers to it, the world’s fastest airplane). To him, each Shuttle flight, instrumented to obtain a variety of data, represents a research treasure trove, one that he has mined for years.

This book, then, represents the story of Dr. Ken Iliff’s passion for flight, his work, and his long and astoundingly productive careen. It can be read with profit not just by scientists and engineers, but equally by policy makers, historians, and journalists wishing to better comprehend advancements in flight during the second half of the twentieth century.