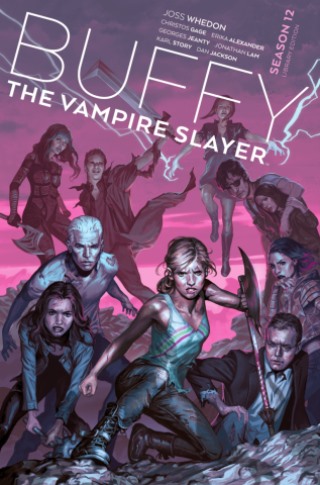 Visionary series creator Joss Whedon returns with New York Times bestselling writer Christos Gage (Superior Spider-Man) and more acclaimed creators present the next chapter in the official continuation of the critically-acclaimed television series. Buffy finds herself in a time warp that could alter the fate of the world and could spell the end for Buffy, her friends, and the Slayers, forever. Collects Buffy The Vampire Slayer Season 12 #1-4 and Giles: Girl Blue #1-4, previously published by Dark Horse.