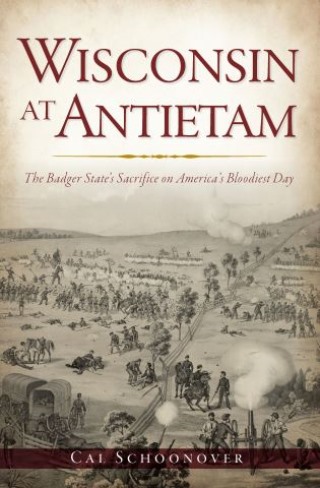 The Battle of Antietam was the bloodiest day in American history, and Wisconsin played a vital role. The Second, Sixth and Seventh Wisconsin Regiments served in the Iron Brigade, one of the most respected infantries in the Federal army, and fighting by their side in Maryland was the Third Wisconsin. The mettle of the Badger State was sorely tested and proven on South Mountain and on the bloody Miller's Cornfield. The Third alone lost more than half its men to death or injury, and the Iron Brigade, too, suffered extraordinary losses. Yet Wisconsin's sacrifices at Antietam rebuffed the Confederate incursion into Northern territory and enabled the Emancipation Proclamation. Civil War historian Cal Schoonover sheds new light on the exploits of Wisconsin soldiers in this turning point to secure the Union.

Cal Schoonover: Cal Schoonover is the author of several articles relating to the Civil War and true crimes. After earning his BA in eighteenth- and nineteenth-century military history, he went on to earn his MA in history, concentrating on the Civil War. Cal currently resides in Janesville, Wisconsin, with his son, James.