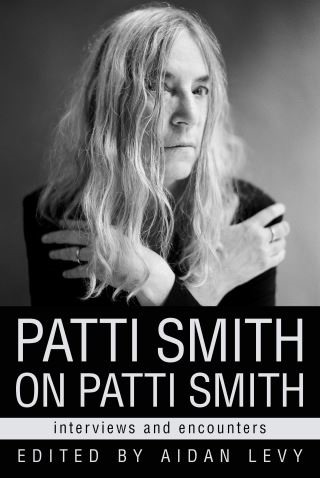 From the moment Patti Smith burst onto the scene, chanting "Jesus died for somebody's sins, but not mine," the irreverent opening line to Horses, her 1975 debut album, the punk movement had found its dissident intellectual voice. Yet outside the recording studio—Smith has released eleven studio albums—the punk poet laureate has been perhaps just as revelatory and rhapsodic in interviews, delivering off-the-cuff jeremiads that emboldened a generation of disaffected youth and imparting hard-earned life lessons. With her characteristic blend of bohemian intellectualism, antiauthoritarian poetry, and unflagging optimism, Smith gave them hope in the transcendent power of art. In interviews, Smith is unfiltered and startlingly present, and prescient, preaching a gospel bound to shock or inspire. Each interview is part confession, part call-and-response sermon with the interviewer. And there have been some legendary interviewers: William S. Burroughs, Thurston Moore (of Sonic Youth), and novelist Jonathan Lethem. Her interview archive serves as a compelling counternarrative to the albums and books. Initially, interviewing Patti Smith was a censorship liability. Contemptuous of staid rules of decorum, no one knew what she might say, whether they were getting the romantic, swooning for Lorca and Blake, or the firebrand with no respect for an on-air seven-second delay. Patti Smith on Patti Smith is a compendium of profound and reflective moments in the life of one of the most insightful and provocative artists working today.

Aidan Levy: Aidan Levy has written for the the Daily Forward, JazzTimes, and the Nation. He is the author of Dirty Blvd.: The Life and Music of Lou Reed.  He lives in New York City.