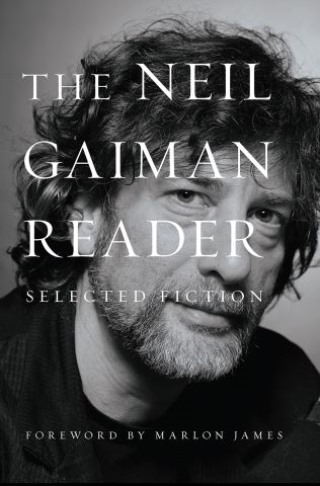 Spanning Gaiman’s career to date, The Neil Gaiman Reader: Selected Fiction is a captivating collection from one of the world’s most beloved writers.

A brilliant representation of Gaiman's groundbreaking, entrancing, endlessly imaginative fiction, this captivating volume includes excerpts from each of his five novels for adults —Neverwhere, Stardust, American Gods, Anansi Boys, and The Ocean at the End of the Lane—and nearly fifty of his short stories.

Impressive in its depth and range, The Neil Gaiman Reader: Selected Fiction is both an entryway to Gaiman’s oeuvre and a literary trove Gaiman readers old and new will return to many times over.

Neil Gaiman is a #1 New York Times bestselling author of books for children and adults whose award-winning titles include Norse Mythology, American Gods, The Graveyard Book, Good Omens (with Terry Pratchett), Coraline, and The Sandman graphic novels. Neil Gaiman is a Goodwill Ambassador for UNHCR and Professor in the Arts at Bard College.